Waxes have been used in cosmetics at least as long as humans have records, but modern cosmetic chemistry has expanded what waxes can do in personal care systems. The Kester Wax Series of naturally derived monoesters from Koster Keunen provides a broad range of possibilities to alter formula texture and performance.

The Kester Waxes (K-24, 48, 56, 59, 62, 60P and 72) are plant-derived ester from natural sources. And in keeping with Koster Keunen’s commitment to environmental responsibility, we manufacture the Kester Wax Series with a standard esterification process that does not consume water or produce wasteful by-products.

Expanding the reach of your products means that formulas must appeal to a wider audience. The growth of systems that meet vegan standards are a great example of this market force. Our laboratory studies have shown that certain combinations of high molecular weight Kester Waxes and plasticizers could replace beeswax in anhydrous formulations to support vegan consumer preferences.

We’ve Got a Wax For ThatTM

Koster Keunen scientifically customizes wax for your specific applications,
while significantly improving the world in the process.

At Koster Keunen laboratories, we have conducted extensive studies on the performance of the Kester Waxes in finished personal care formulations. Our latest findings appear in the March 2022 edition of Personal Care Magazine. In our article, “Opacity, Viscosity, Structure or Body,” we show the utility and versatility of three of the Kester Waxes, Kester Wax K -48, K-56, and K-59.

In the study, we found that the inclusion of each of the three wax esters reviewed showed improvements in opacity, gloss, and overall brightness, making the resulting formulas look more expensive and luxurious.1

The third monoester in the study, Kester Wax K-59 (Stearyl Stearate), showed another type of versatility, acting as an emollient and emulsion opacifier, as well as offering the possibility of acting as the sole structurant when used at the right levels in anhydrous formulas. The table below gives a summary of just how flexible the Kester Waxes are in cosmetic chemistry. In both emulsion and anhydrous systems, the Kester Waxes shine.

The asterisks indicate appropriateness for that function in a finished formula. The greater the number, the better the fit. An empty box indicates that the wax is not suggested for that use.

Applying Our Waxes to Your Formulations

Our constant study and evaluation of our waxes provides Koster Keunen with a depth of knowledge of waxes and their applications to help solve our customers’ formulation challenges. Contact us to discuss the right chemistry for your product with our formulation experts.

Or better yet, stop by Booth 907 at the New York Society of Cosmetic Chemists Suppliers’ Day, May 3 & 4, 2022, at the Jacob K. Javits Convention Center in New York City. We will have experts in cosmetic formulation on hand to discuss how to best use Kester Waxes, or others from our extensive stable of waxes and butters, to achieve that “just right” product look and feel. We look forward to seeing you there.

Schedule a consultation, request specific samples, or
get assistance with wax chemistry. 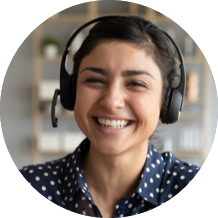 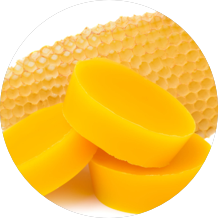 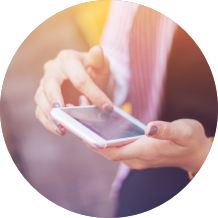 Koster Keunen has been working with wax since 1852 and has used our extensive experience and knowledge base to continuously develop new chemistries. Whether you are developing a new product, or need help with a reformulation or replacement, contact us to learn more about how we source, refine or develop waxes so you can create the perfect formula.